We are among the very few firms in Italy and in Europe that can perform cine film transfer of 9.5mm films at full-frame and any frame rate. Film scanner scans exactly at the film frame rate, even “crank-filmed” films.

The file obtained from the film scanner, when converted to 25 fps, exactly meets the frame rate of the movie, thanks to the “pulldown” technique. The duration of the film remains unchanged.

Before scanning, films are inspected in slow motion with extreme care to detect any physical defects. Any repairs are carried out with professional film splicer Catozzo, followed by thorough film cleaning.

The next step is scanning. At this stage, accurate adjustment of exposure, of dynamic range and calibration of color or black and white tonal scale which can be automatic or manual are possible.  Click here to find out more about our film scanner.

Cine film transfer is performed in these formats:

Other formats are available for professional needs*.

As an option to standard processing, we can provide the following services*: 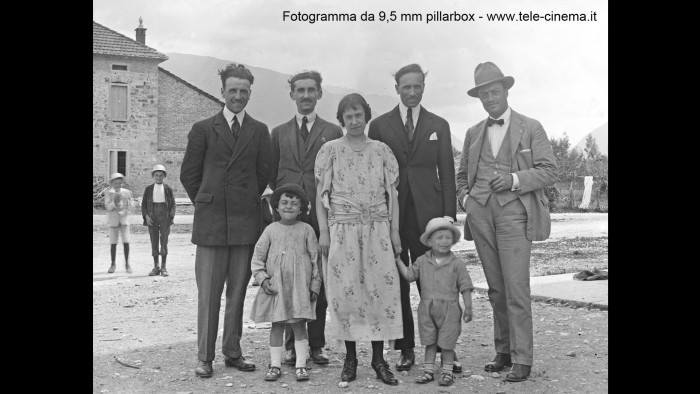 Information about the characteristics of our film scanner is available in the relevant page.

For information, ask for quote, or request of a free sample test, contact us at telecinema@multimediabazan.it – +39 0423 622078 (Phone only in Italian)

About the system 9.5mm Pathé Baby

This highly original film format was developed in France by Pathé in 1922 and marketed in 1923 as Pathé Baby, as a direct competitor of Kodak’s 16mm film. The main feature characterizing this film and differentiating it from any other film is the position of perforation, which is placed between frames exactly in the center of the film. This apparently puzzling solution has an advantage, as the useful surface for shooting is greater. Frames are in fact almost as large as 16mm films, although the film is narrower. All this meant a saving due to the lower cost of the film and a greater compactness of cameras and projectors compared to 16mm films.

These are the characteristics and the physical measurements of the 9.5 mm film:

Its main features were: