We carry out all or part of classification, cleaning, and restoration activities on films that are entrusted to us, considering these point:

Repair and cleaning of films

It is essential to inspect and possibly repair the film before it is processed through telecine. The following is critical: the verification of seams, “forcing” of perforations and any dimensional deformations which would prevent the performance of cine film transfer correctly.

All seams are remade with a special adhesive transparent and durable tape, using a “Catozzo” press.
Before performing the new seam, the old one is detached and the film flaps are thoroughly cleaned with a special solvent that allows removing any trace of dirt and residues. The seam is done on both sides of the film and has the great advantage of being removable without loss of frames and without damaging the film. 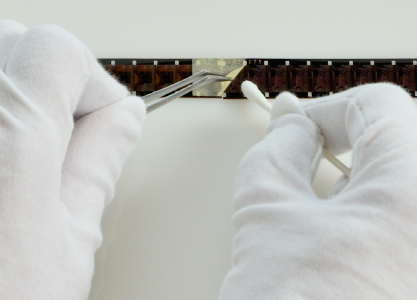 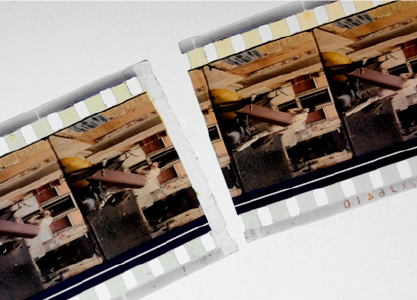 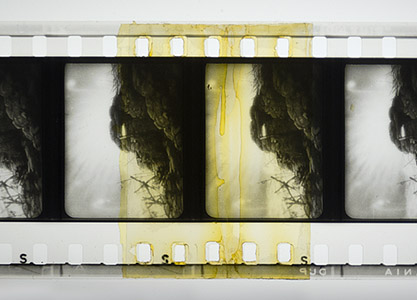 Seams are made with adhesive paper. They should be redone with a tape film splicer, or film joiner, since the seal is almost non-existent and proper spacing and alignment between the frames do not exist.
The seams performed by hand without gluing have these defects: rough cut, misalignment of the seam, glue burrs, and film deformation.
Seams with normal tape are always dried by time. They have no strength and detach just with film unwinding effort.

In these types of presstape film splicer with press operation, the operator must accurately cut the frames, so that perforations are aligned and complement each other perfectly. Once the frames to be joined have been combined, the tape is applied on them and then pressed with the seamer, which will make it adhere perfectly to the film, by cutting it at the ends and re-perforating any perforations occluded by the tape. 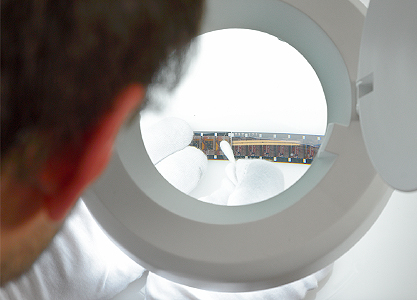 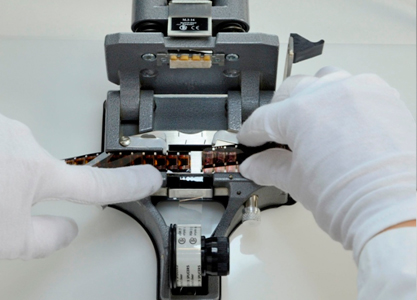 Cleaning of the film before making the seam.

Repairing torn or broken perforations is important. This prevents further damage with possible loss of frames. Perforations can be repaired using the adhesive tape used for seams, or using specific presses film splicer, with dedicated adhesives designed for this purpose. 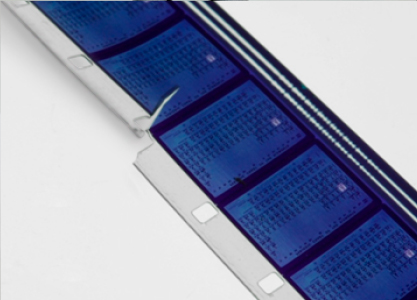 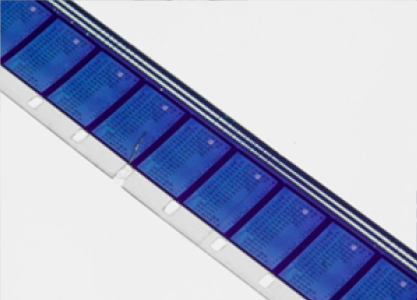 The same film after being repaired

After inspection and repair, the film has to be cleaned to remove any surface dirt. This is done with special solvents (when necessary). Alternatively, dry cleaning performed with “Kodak PTR Roll” is enough, i.e. slightly adhesive rubber rollers that remove all traces of dust, surface dirt, etc. from the film.

The transition between “PTR Rolls” is also performed a few moments before scanning.